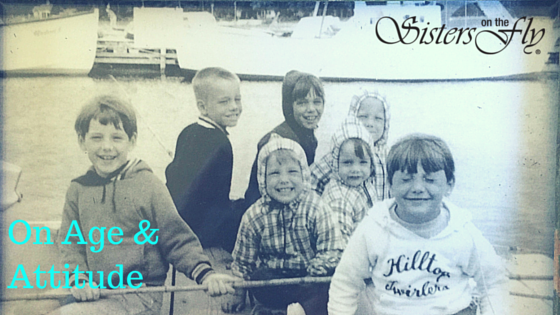 This is a phrase I have heard so many times and until recently was always a goal of mine. It conjured up the image of Maureen O’Hara in the original ‘Parent Trap’ movie. She had it all going on over her younger rival, Vickie. She accepted the physical aging process, embraced her curves and laugh lines. She was not going to submit to brow lifts and tummy tucks. She would look good for her ‘stage in life’. That is what I always supposed the phrase to mean. I would be a woman who did that. I would stick to a skin care regime and religiously moisturize and exfoliate but I would accept that I was a woman of a ‘certain age’.

Lately, I have been thinking that there is an unaddressed subtext in this phrase that I bought into with full consent. Full consent because it was of my own creation. I assumed I would spend my empty nest years doing useful things for my community. I would join the church fundraising committee and attend all the meetings. I would be on standby at home in case any of the kids or grandkids got sick and I needed to pick someone up from school or run and fill a prescription. I would also, of course, dress and behave in an age appropriate manner befitting my station in life.

This is the life that I spent imagining for myself for all the years that I was busy raising my family. I imagined with delicious anticipation that there would be pockets in my day in which I could have lunch with a friend, go to the library sale or even jump on a plane and spend a long weekend with my mom. That was almost too decadent to say out loud though. I kept that one under wraps. It was the trashy novel of my imagined post nest years. I wouldn’t want my church friends to know I would actually leave my family and responsibilities for fun.

It’s not a bad life and I wouldn’t want anyone reading it to think that they had somehow settled and were missing out on something. I just began to think that maybe “aging gracefully” could mean something more. Maybe it could mean that it’s okay to take emotional care of yourself and be first for the first time in a long time? Maybe it could mean getting together for a weekend with your college roommates because you’ve only been talking about it for 30 years now? Maybe I could be a Girl Camper and a community servant? Maybe the “community” is not in my neighborhood? Maybe “aging gracefully” means finding that sweet spot of loving your family and honoring yourself. Being respondent without guilt to your inner inclinations and flights of fancy?

I decided on the new and revised version of “aging gracefully”. I know that if one of my children has a baby or a crisis I am a flight or days drive away. I don’t have to live in my kitchen waiting for the phone to ring. I’m not the Mom ‘doctor on call’ anymore. I don’t think my kids want me to do that either. The goal is to raise adults. Check! Now I get to go and be a kid. I want to pack up my trailer and meet my new friend Linda in the foothills of the Ozarks and see the Milky Way with her. I am going to stop and meet my new Facebook friend Debra on the way and talk her into joining us. I want to float on the Kern River with the Sisters on the Fly and go to Burning Man and the Albuquerque Balloon Festival and the Grand Canyon. I want to travel a piece of the Oregon Trail and imagine the women who traveled it with all of their hopes and dreams packed in their Prairie Schooners. In my own little prairie schooner, my 1966 Go Tag Along, I want to trace their steps and honor their courage. It probably won’t look very graceful though. Three-day-old hair in a baseball cap and jeans that haven’t been washed in two weeks usually doesn’t read as graceful but, it will be true. It will be a time for me to let my mind unfurl and learn to live in that moment and practice an appreciation for all that God has given me. I am ready to “age gracefully.” Let’s hit the road! 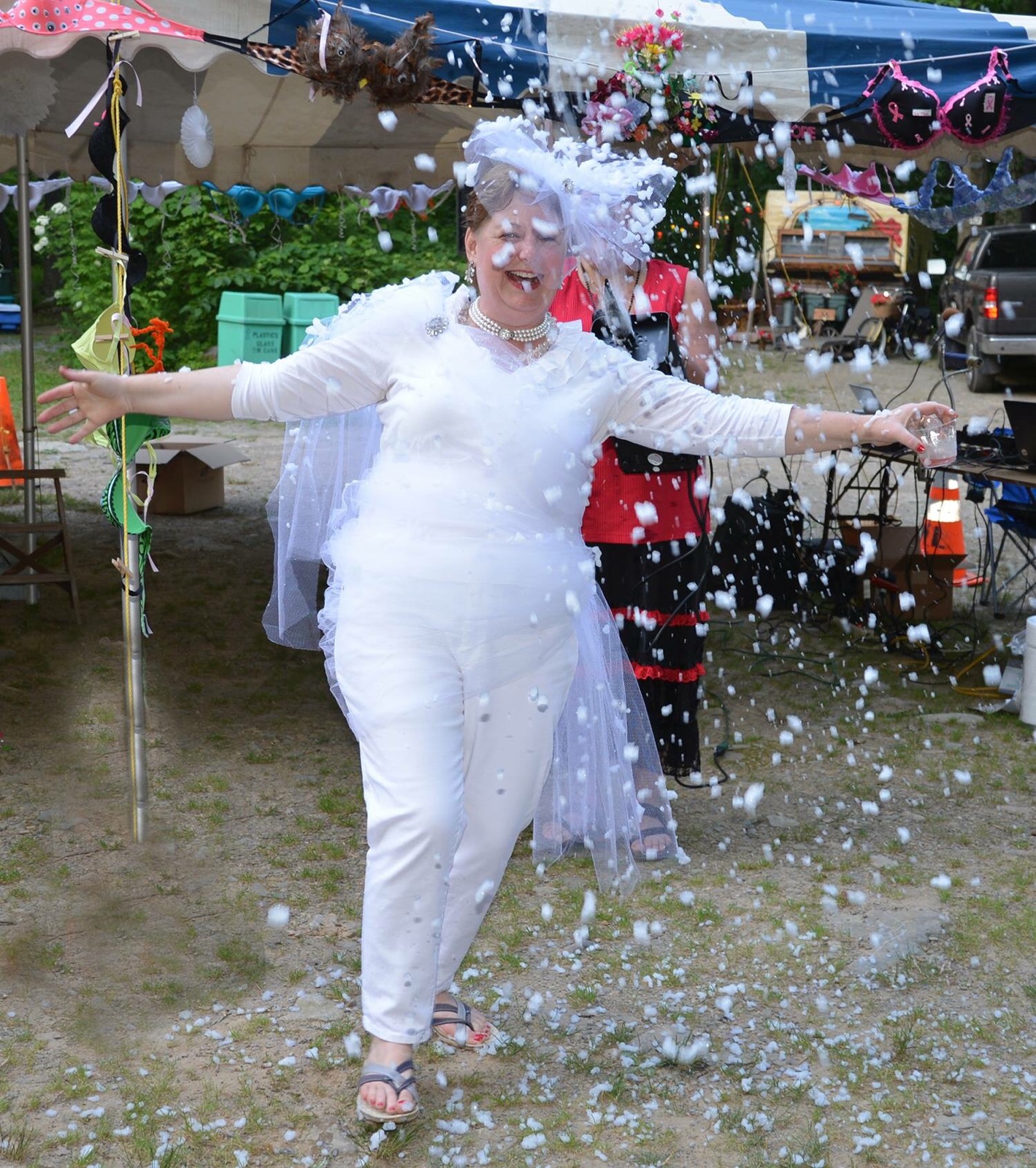 Janine Pettit is a ten-year member of Sisters on the Fly, her favorite Girl Camping group! She is the host of the podcast, Girl Camper on Itunes and Stitcher and a writer for Go RVing. She writes a blog at www.girlcamper.com where she encourages women to join the Girl Camping movement.