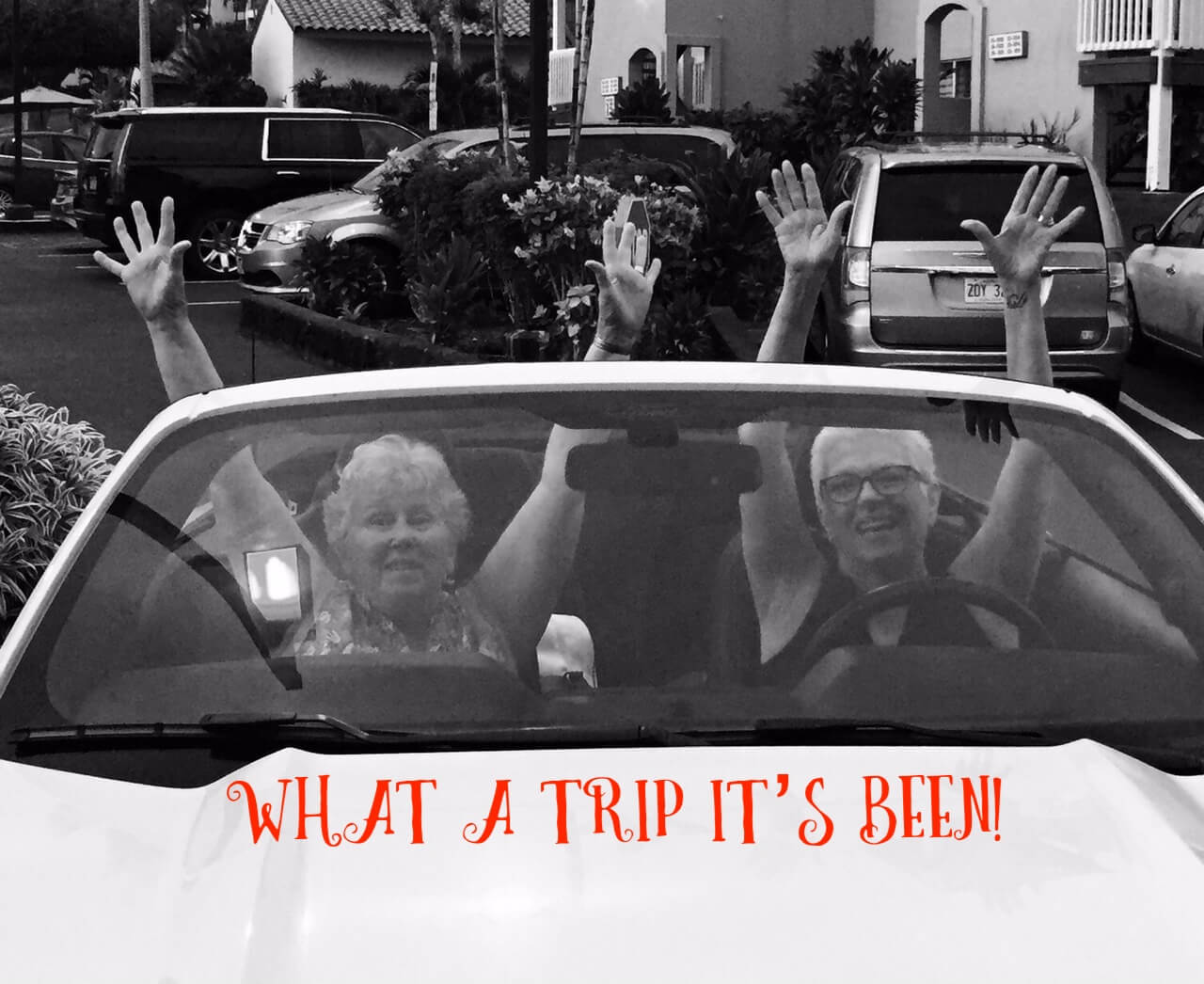 I’d be willing to bet we can all remember our first outing with Sisters on the Fly. We remember where we went, what we did, and if we don’t remember every single Sister that attended, there are certainly some you will never forget…especially that “First Sister”. You know…the one who greeted you first, maybe took you under her wing and showed you the ropes. She was probably more seasoned. She’d been to lots of events. Maybe she was the Wrangler for the area. Or, the event hostess. Or just a long time Sister. Either way, if you’re like me, it was an instant bond.

My “First Sister” was Diane Smith #16. I had purchased my little camper maybe six weeks before the Altona 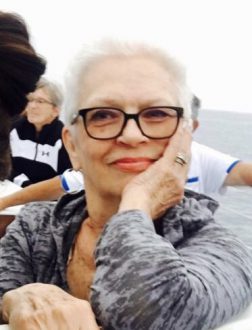 Grange gathering. I had joined SOTF and bought the book and joined the Facebook page. The logical next step was to sign up for an event. I searched Meetup and found one nearby. I signed up and paid my fee. Then I sat back and started reading the comments. It seemed like everyone knew everyone and I was jumping in the middle of a party that had already begun. What if I couldn’t pull the camper? What if I couldn’t find the group? What if I made a fool of myself because I had never backed up or set up camp before? Honesty has always been the best approach, so I just put it out there. I was scared.

Diane was the first to jump in and reassure me. She told me not to worry…I’d be a pro in no time. She was so comforting and I really felt a sense of encouragement for the first time since my husband had died. When I pulled in, there she was…just like she promised. Her sense of calm power was palpable. I took one look at her and wanted to be just like her. She was fun and funny and absolutely no nonsense. She taught me so much.

After that initial gathering, I had the great pleasure to camp with Diane several times. When I moved to West Virginia the year after my husband died, I didn’t get to camp much with my Colorado Sisters, but when I was back for a visit, Diane went out of her way to meet a few of us for lunch. In one such meeting, she told me her cancer was back. She faced it with such strength. Then, about a month ago, she sent me an e-mail. She wanted 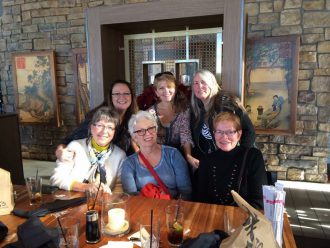 me to write her story…about how she came to get pancreatic cancer. She thought it might be of interest to others. I told her I would love to. In typical Diane fashion, she did not say “time is of the essence” and I waited till the next week to call her. By then…it was too late. She was under hospice care. She was sleeping much of the time. In a last ditch effort, Peggy Burns tried to connect us while she was visiting, but it wasn’t meant to be. In order to fulfill her request, I’ll tell you what Diane told me. The rest I will fill in with research from the internet. And she was right…I think you will find it interesting.

Diane Erickson married Terry Smith in April of 1962. They moved to Beatty, Nevada shortly after they were married and in July of that year, Diane was exposed to radiation dust from the detonation of bombs at the Nevada Test Site. She and Terry lived about 50 miles from the site and are considered…”Downwinders”. RECA, the Radiation Exposure Compensation Act of 1990, is an Act to provide jurisdiction and procedures for compassionate payments for injuries due to exposure to radiation from nuclear testing enacted by the 101st United States Congress, effective October 15, 1990. There is a list of cancers as long as your arm that are compensable under RECA, among them…Primary Cancer of the Pancreas.

So, in Diane’s words, “this gnarly little critter called cancer has been with me since I was 23! Just sitting there 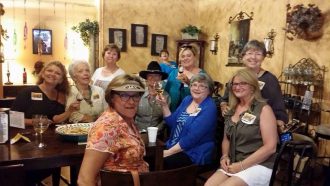 throughout my life.” She went through the extensive “proof process” to qualify for and receive $50,000 compensation. To her, it wasn’t so much about the money as it was a form of apology.

Diane faced cancer head on, like she faced everything else…with grace and determination. When it got to the point where she was too tired to talk on the phone, Peggy asked if I could just send the story to her and she would read it to Diane. I didn’t feel qualified to write a tribute to her life because I didn’t know her deeply, personally. I felt there were others who knew and loved her for far longer than I did who would do a much better job. I was touched when I read the beautiful words Maurrie posted on 3/15 to tell us our girl was gone. I still felt an obligation to let you know “the rest of the story.” Instead of writing this and sending it for Peggy to read, I sent the following letter as I felt it expressed my feelings more. I knew I would get to the part about her radiation exposure later.

That’s how I first met you. I was so fresh and new on my grief journey. I had just purchased my first little trailer and joined the Sisters. I knew nothing about camping, or hooking up and towing a camper. When the event was arranged, I wrote on the Meetup page that I was scared. You came right back and said you totally understood that, but you would be waiting for me at the entrance and not to worry.

When I arrived, this woman with wild, silver hair and big glasses and an electric smile greeted me. I immediately felt at ease.

Diane, you took me under your wing. You taught me so much. How to back into a spot on a dime and have a nickel left over. How to unhook and hookup a camper. How to make friends when your heart lies in pieces on the ground. You taught me that just because my husband died, it didn’t mean I did. You taught me how to fly. You’re the one who told me to just get out there and engage and tell my story. I came away from that event a little bit braver, a little more grounded, and a lot more hopeful.

I wish we could have spent more time together. I wish we could have camped beside each other a hundred times. You are the Iron Maiden…so strong and confident and brave. I was going to write your story for after you are gone. There are others who knew you more personally and much longer who would undoubtedly do a better job of that. What I want to do is give you this letter and tell you I love you. You have changed my life, just as you have changed the lives of countless others…from the children in your career to your family and friends and to all the Sisters who were so fortunate as to meet you and call you theirs.

I hate that you are leaving us so soon. My heart is broken that I won’t see you again in this life. However, I have every confidence that when we meet in Heaven someday, we will sit around the campfire and catch up. Do me a favor, will you? When you get up there, look up this really handsome man named Dan McKinney. Tall, silver hair, gorgeous blue eyes. Watch out, he’s a charmer! Tell him I love him and I’m ok and I’ll see him one of these days. On Monday 3/12 he will be gone five years. Please give him a big hug from his sweetheart. Thanks.”

As I sat and meditated on this piece, I decided…what better way to honor the memory of our dear Sister than to be BOLD? BE that Sister…the one who greets new Sisters and welcomes them in…the one who shares her knowledge selflessly…the one who gets involved and steps up and plans events and takes a leadership role in this wonderful organization that empowers women to be all they can be. To be girls again. To have more fun than anyone. To be the “Dewar Di’s” that everyone needs in their life. To be BOLDER. I will miss her so much, but there’s ice tinkling in a glass somewhere among the stars and Heaven is a little bit brighter.

Raise your glass, dear Sisters, for a toast…
Happy Trails, Diane!
With Much Love…
❤️
Ginny