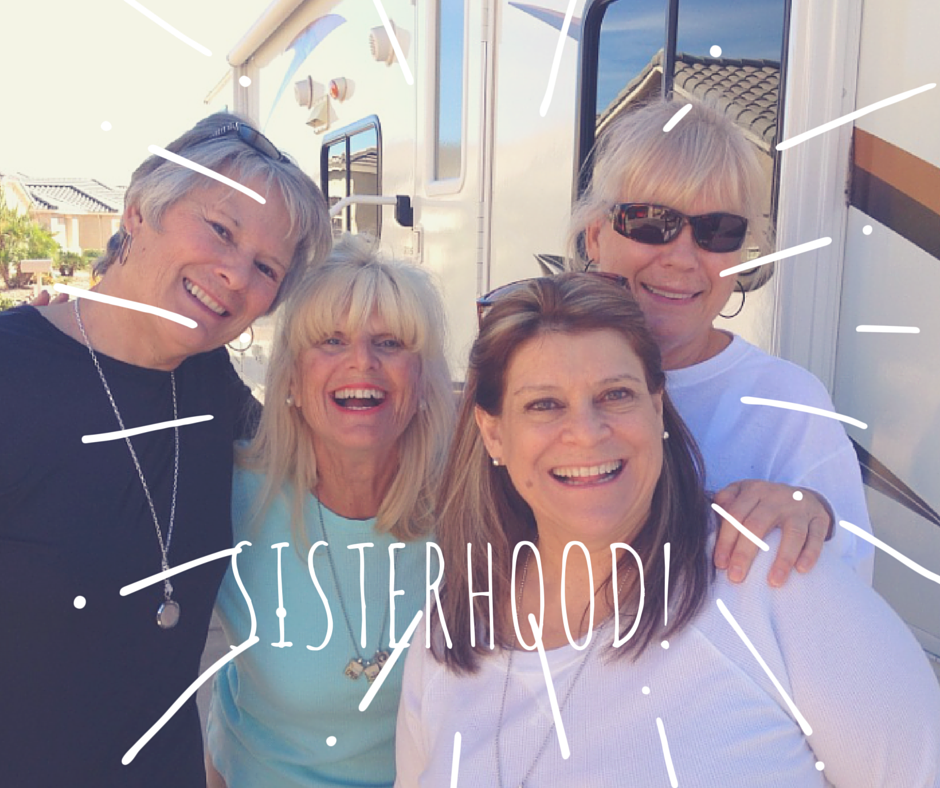 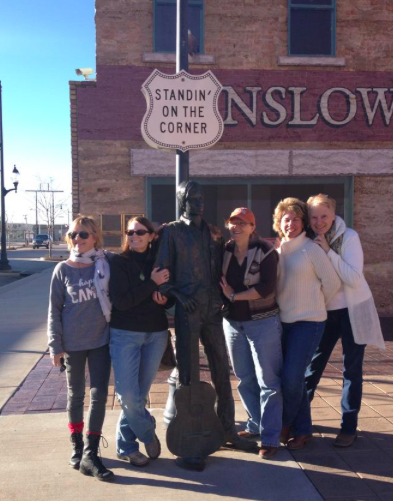 When visitors first encounter Sisters on the Fly, it’s often through the lens of one of our many interests; most famously, the restoring, hauling and displaying of vintage campers.  It’s true that “camping in comfort” could absolutely be considered one of our favorite things to do! But camping is really the vehicle we use to visit, support and have fun with each other.

Vintage campers are easy to show! But how do we show the strength of friendship, the groundswell of support and kindness that comes with joining this inspiring community? There isn’t an inspirational quote, a filtered photo or a forwarded email chain that can show the depth of Sisterhood that has bloomed through this group.

What we can share – are stories! In that spirit, we’re handing over the reins to those many members who have shared that Sisters on the Fly has changed their lives for the better. Here is one story:

My story is mainly one of great support from my Sisters.  I originally joined because my husband, Ron (he’s good one!), who is a retired police officer with a disability, doesn’t really like to travel much anymore.  He has a problem with balance, and it is sometimes painful for him to walk.  I joined because I do like to travel around, and he is happy that I can go with a group of ladies so he doesn’t have to worry about me off on my own.
Last year, I experienced what I casually referred to as my “Summer of shit”…or, “SOS” for short.  I won’t go into everything that happened, but, let me just say, it was more than appropriately named.  One of the worst was in July.  I went to stay in San Francisco with my son to visit for about 6 weeks.  As we were walking to the luggage carousel, he says, “So, mom…I got the test results…I have lymphoma…bone marrow cancer…didn’t want to tell you over the phone”.
I knew he hadn’t been feeling well, had been tired and short of breath but this was still a shocker.  He had an appointment scheduled the next day with an oncologist to decide on treatments.            He found out he would be having 6 months of chemotherapy, starting the following week.
To make this long story a little shorter, the support I got from the ‘Sisters On The Fly’ was phenomenal.  Because of this organization, I became close friends with several sisters I had not even met at that point.  Not only did they stay in touch, always checking on me, as well as the status of my son, but we both received care packages in the mail.  One of my favorites was a huge box, packed with “retro” candy – the note made reference to me and my “sweet” son.  Another gift I received was a beautiful “soul sister” necklace that I wear constantly.  Cards were sent to my son from people he has never met.
I have said this repeatedly – I received more support from ‘Sisters on the Fly,’ than I did from people I have known half my life, people I lived next door to, people I have volunteered with and people I had known for over 14 years.  I truly found out who my “friends” were, and I can tell you this, 90% of them were women from ‘Sisters On The Fly.’
What a group, what a gang, what a bunch of wonderful, fabulous, spectacular Gals!  I could not have joined a better group, and I look forward to many years to come as a member.
By the way – the chemo ended in February and while my son has to have blood work done every 6 months to stay on top of it, the doctors have told him if all goes well, he won’t have to have another treatment for 15-17 years!